"Bronco Stephenson - a man devoid of self doubt or the capacity for deep thought, but exceedingly effective in more carnal procedures. Armed with a solid gold hand cannon, a long territorial strut and a fierce addiction to adrenaline, inhalants and psycho-inhibitors, Bronco carves a path through The Palace Interior - a hyper-terrarean ultra mall the size of a city. A mecca of consumeristic glee where half-jacked vape junkies crowd the halls of The Walgreen’s Health Services Stratum, and The Plasticmen survey every square inch of marketable real estate." 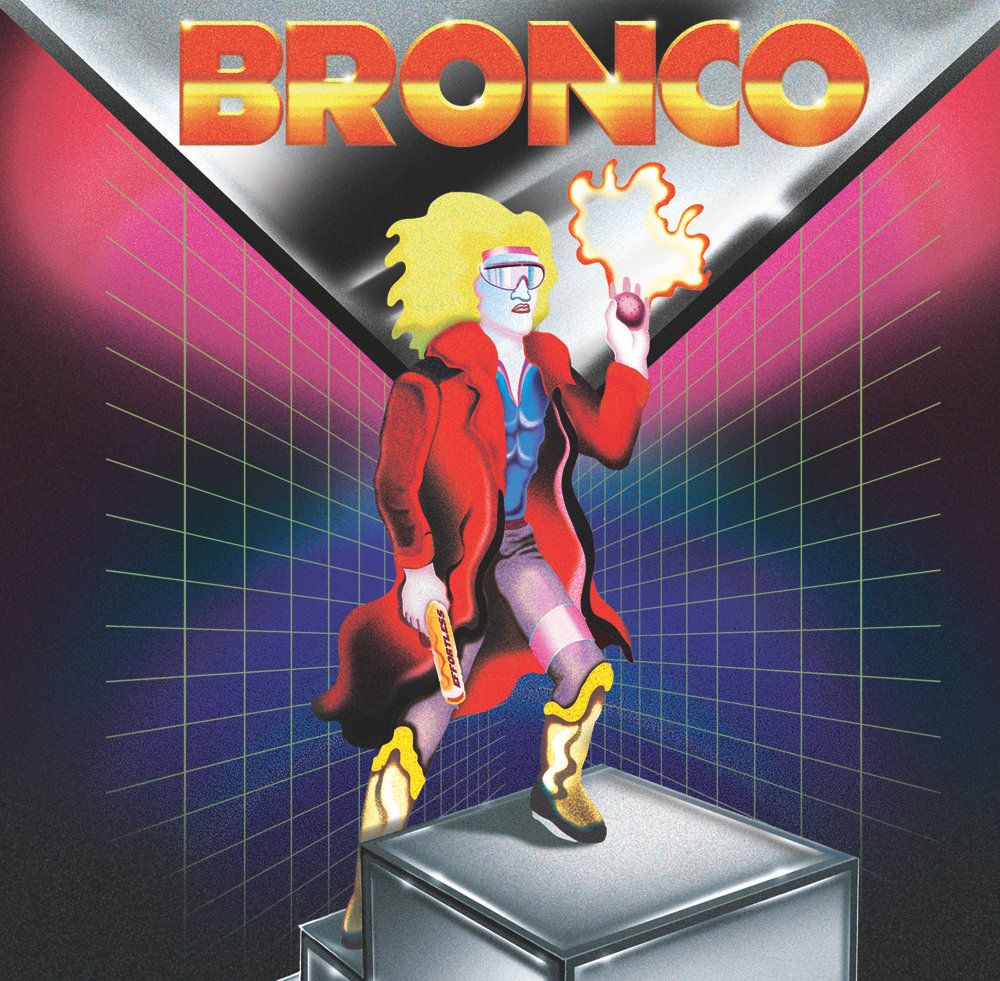 That's what it says on the Bandcamp page, anyway. Bronco is a concept album from Sasha Conda (music) and Patrick Scott-Walsh (words), who appear to hail from Minneapolis. Out on the hipster-sating medium of cassette with story-book, I want to hate this, but it's just a little too good.

There are some beautiful arrangements on display in an album that maintains a dramatic, 80s superhero soundtrack feel throughout, but manages to surprise the listener by drifting into unusual rhythms and ethereal atmospherics at the same time. There are elements of Cumbia, Electronica, even Trance jostling with crescendoing Electronica, arpeggiated Synthpop and psychedelic swirls, all underpinned by the driving, retro sound currently enjoying a resurgence (for good reason, I might add).

Released by the ever-interesting Not Not Fun Records, Bronco is reminiscent of Synthwave artists such as Com Truise and Matthew Dear, while retaining its own distinct sound.

As I don't have a cassette player I'll just stick to the digital release while lamenting the lack of what would be a beautiful record. Although having said that, the cover art is pretty hideous. Not really sure why they gave the brief to a thirteen year old boy who just got Photoshop for his birthday, which is what I assume they did.

You can buy it here and listen to snippets of all the tracks via Juno, but the rest of the internet appears to only house the 3 singles, which you can check out below