Our debut featured article on Curious Music for Curious People gives shine to another debut - the first 7" release from 45 Live, stable to a fleet of pedigree beat-wranglers and disc-jockeys, from DJs Food and Format to Smoove, Shepdog and many, many more... 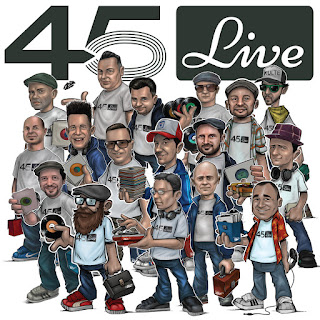 We caught up with 45 Live founding member, Peter Isaac:

Thanks for your time Pete - I imagine things are pretty busy at 45 Live HQ right now! What's going down?

It is pretty crazy right now with the launch of 45 Live Records, 3 festival shows in planning for next year, as well as our regular Bristol night, the radio show in Los Angeles and trying to keep on top of the web site, social media, plus all the artwork etc. Personally, I've been running club nights and DJing for 23 years, and have got very comfortable in those processes, but the sheer amount of new stuff I have to learn for the label in particular is quite daunting! But with the help of my partner Scott (Boca 45), who's been making records for years, I'm sure we'll get our heads around it all. We've certainly bitten off a large chunk with respects to workloads, and as with any new business, making any kind of living from it is a long long way off, so we both have to keep our other jobs/projects on the go too, it's a very big juggling act right now.

Tell us about the origins of 45 Live. Was it an 'on the back of a beermat' idea, or something you've always wanted to do?

Scott had already started a night in Bristol called 45 Live, but it was purely a club night and nothing else. We got talking in the pub one day and started crafting the concept of making it into something bigger, so yes, it was a 'beermat idea'! Between Scott and I, there is a pretty broad base of experience in many aspects of music and promotion, and we reasoned that we could bring this together, learn a load of new stuff and create something with gravitas and longevity. 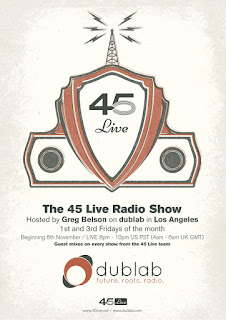 Initially you started as an agency/event promoter. What prompted the decision to become a record label?


Starting a label was always a prime goal from the get-go, a celebration of the 7" format demands that we actually release records! We maybe took a little longer than I wanted to get our first record out, but we've had a very busy year. Firstly, we needed to create a bespoke hand coded website, so with N9 Design in Plymouth, we got that launched earlier this year. Then it was all about building the team and getting some events on the go. We had our first full 45 Live stage at The brilliant Masked Ball festival back in May, that was amazing, we got to make a load of giant 45s to hang all over the tent and with a kickin' line up rocked 100% 45s for 12 hours straight! We knew then that we had got the recipe right! We then followed that with 3 parties at Glastonbury and the Halloween Masked Ball event in Cornwall with the biggest line up so far with another all night session - featuring a surprise guest set with D&B royalty London Elektricty! That was wicked. 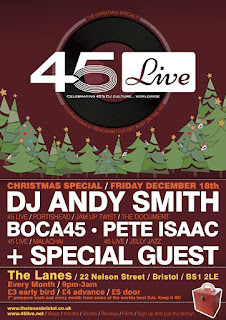 Amongst a stellar cast of artists (Andy Smith, Jon More, Ollie Teeba, Format, Food and more), was it hard to choose the artist to pen your debut release? Tell us a bit more about what Boca 45 brings to the table, for anyone unfamiliar with his work.


Having Scott make the first record was the obvious and most probably the easiest choice as we're both heavily motivated to drive it forward. Scott is on fire at the moment with his production and DJing, as an artist he is maturing with great finesse which can be seen especially on one of his recent music project with Ben Salisbury, 'Dolman'. Although a huge departure from what he is mainly known for, namely funky as hell breaks and beats, this really really impressed me. He's also had his most recent Boca LP out on Digga Please which is chock full of dancefloor bangers. As far as I'm concerned, having Scott make the first tune was a no-brainer. 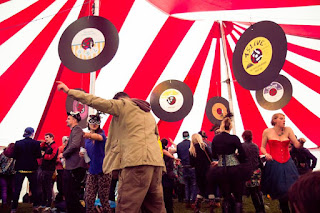 The record features a collaboration with RBMA protege Louis Baker. How did that come about?


Scott and Louis met in Amsterdam earlier this year whilst both playing shows there, basically they hit it off and got talking about a collaboration, which resulted in 'Soul On Top', a classic sounding joint with modern production, it's a total winner in our book!

Now, don't take this the wrong way, but your roster is on the experienced side... let's call them grizzled veterans. I think we can all appreciate that the cultivation of suitably impressive 45s collection is a lifetime commitment, but are you seeing many younger DJs coming through with the requisite talents and dedication for future inclusion?

I will say that this aspect has drawn one or two comments, i.e. we're all, shall we say, slightly older gentlemen, white and mostly balding! But it's like this, we all know each other through many years of gigs, record releasing, festivals, etc, so it was just natural for Scott and I to ask our mates to be part of 45 Live. But in the longer term, a primary goal of 45 Live is that it IS inclusive to all, we want to grow the agency and most definitely welcome anyone (whatever their gender, colour and age) who wants to be part of the wider aspects of this, so creative input like films, stories, DJ mixes, interviews, anything to do with 45s basically. The idea is that it's a base for all to celebrate our shared passion/obsession with the mighty 7". It's going to take time to build it into what we imagined... starting a magazine, record label, radio show, festival events brand, regular club night all from scratch takes a phenomenal amount of time and effort. We are thrilled that so many people around the world do want to join the team or get involved, and we promise that we will gradually expand things out as soon as we can, bear with us!

The roster reads like a Who's Who of legendary crate-diggers and beatsmiths. Is there anyone out there you'd really love to add that you haven't yet?

Now you've entered the vinyl market, what are the next steps for 45 Live?

We will be nailing down the next release asap, and right now I'm working on events mostly. As mentioned above, we have UK 3 festival shows in planning for 2016. And we want to expand this aspect further, especially outside of the UK. This is in fact where we can better bring DJs who live elsewhere into the team through collaborations on shows abroad. I am planning to move to Los Angeles next spring (just for a couple of months), so will be hooking up with Greg Belson who's hosting the 45 Live radio show on Dublab there and hopefully we can get something happening in town with another one of our US members, Monk One from Wax Poetics, as well as invite Cut Chemist along!! 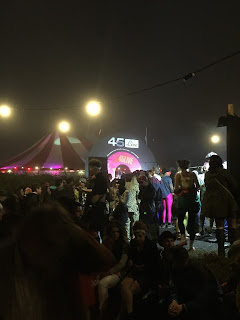 I'd like to tell the taxi driver in France to get his damn cab serviced more regularly! I say this as we unfortunately lost 2 of our DJs - Aeon Seven and DJ Suspect - for The Masked Ball event in October because his cab broke down on the motorway, hence missing their flight from Paris. Next time I'm gonna drive over and pick them up personally!

Well, that's the taxi drivers of Paris told... thanks Pete! 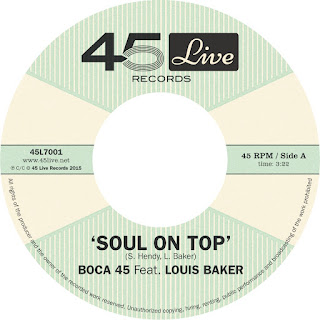 We better move on to the record itself. As mentioned, the A Side is a collaboration with up and comer Louis Baker, whose soulful drawl lends Boca's looped, loping beats some Motown-esque feeling. the beats themselves are expertly refined, managing to hark back to golden era breaks and simultaneously sound brand new; think Mayer Hawthorne with Cut Chemist chopping dope loops underneath. With Louis Baker sounding like a modern day Marvin Gaye we are served a confident and accomplished slice of robust soul with a strong hip-hop aesthetic.
The flip is an older Boca cut, the Apache-sampling and mighty Diego - Scott gave me a copy years ago and it still gets many a spin.
Congratulations to Scott and Pete for a mighty fine debut record. It'll be in my crate for a while, that's for sure - well, as soon as payday comes anyway!

Check out the audio and buy it below:

If it's sold out via Bandcamp try Juno
Posted by Adam Hignell at 14:01